You probably won’t be surprised to hear I had an awesome week. : )

Last Saturday was Floriana’s baptism. It was really great. There were tons of people there and the Spirit was really strong. I love baptisms! It was really incredible because Floriana is actually deathly scared of going under water like that, but when she got into the baptismal font she was totally at peace. When she came out of the water she had a smile from ear to ear and she told me later that she can’t even describe how great she felt. 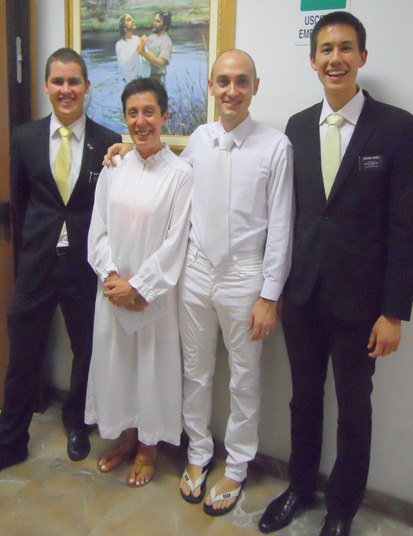 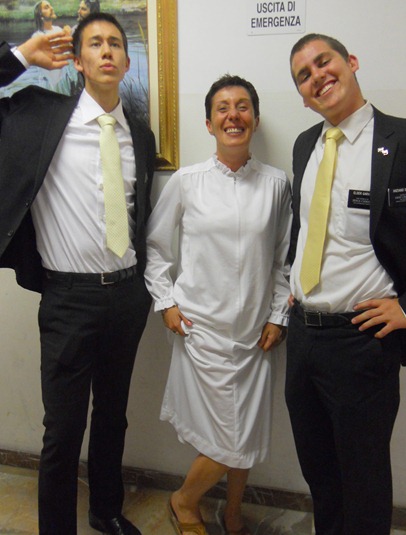 The next day she received the Holy Ghost and was confirmed a member of the church. I love new converts because they really have the Spirit with them. There are a lot of members that are like that too, but there are also many members that let it get away from them by not keeping all the commandments, or continuing to pray and read the scriptures like new converts do. 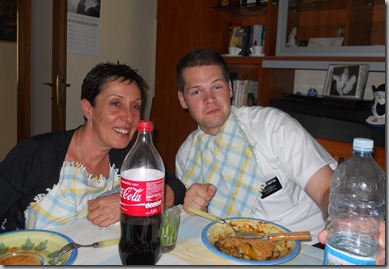 For lunch on Sunday we went over to Floriana’s to eat. Me, Anziano Garvin, and Anziano Shipton. It was incredible. The first thing we had was lasagna. It was a HUGE portion, and it was incredibly delicious. She even slightly burned the cheese, and you know I love that. After finishing the lasagna I was completely full. Next she brought out the Parmigiana, which is basically a lasagna made with Eggplant (mom would love it). The portion was just as big! 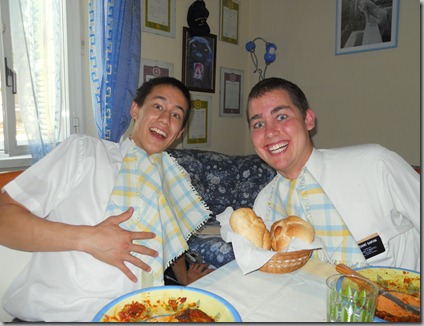 Then she brought out a lemon pie that we were able to handle. We each ate a piece.

That lunch was INTENSE.

I was really happy that she wasn’t mad I couldn’t finish everything. I told her it was totally delicious, but I was just too full.

Which is completely true. By the end we were all exploding. Haha. It was really great.

Anziano Mercado wasn’t there because he went with President to the Napoli branch. Normally one of us would go, but we had Floriana’s confirmation.

I got to go on some pretty great splits yesterday day. Guess who my companion was: President Kelly. Haha. We went down to Palermo to do Zone Conference. Sorella Kelly didn’t make it either. Somebody asked me, so is your companion on splits with Sorella Kelly? Hahaha.Anyway, it was a blast. I really love Sicily. 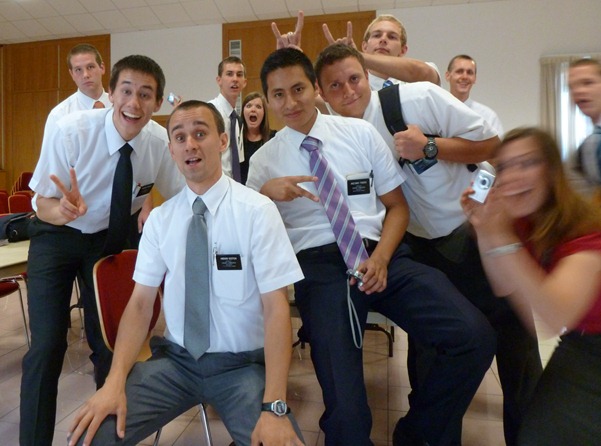 One more thing: we brought up Anziano Larsen from Palermo to serve with us here in Rome. It’s pretty awesome. He’s great. We’re Team Rome 2. 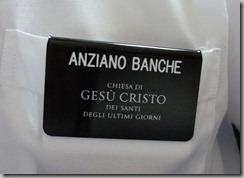