Things are going really great here. We just had Zone Conference yesterday and I feel like all my questions and concerns were taken care of. The night before when I was praying, I wanted to know some things, and I decided to pray that I would have my answers the next day at Zone Conference. Which I did. It was awesome.

Then today has been a total blast. We stayed here in Catania for P-day, and the Trapani and Palermo missionaries are here (read: Anziano Rowland). We wanted to climb Etna, but when we went up to the volcano, there was too much snow and we decided to turn back. We had 6 Anziani and 2 Sorelle (we took the van). We still had a total blast. Anziano Rowland is from Florida, and so he goes crazy whenever there's snow. He had his first snowball fight!! hahaha. It was so much fun.

Gela's doing well. We just keep finding tons of people who are interested in hearing about the Gospel! It's pretty cool. I think it's nice serving with someone else who has been in the mission awhile. Oh, by the way, here’s a picture of my new companion! 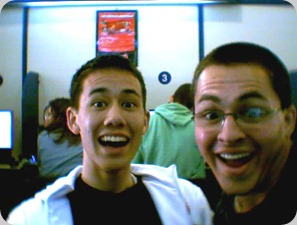 I trimmed my hair the day before yesterday to get ready for the new year. I hope that we all have lots of good fortune, and that next year I'll be able to celebrate Chinese New Year the right way. This year it looks like we are just going to have lots of appointments, so that should be pretty cool.

Anyway, this internet point is crazy expensive (I'm in Catania). So I guess that's about all the news I've got for you.

Have a great week!