So lately I've had the opportunity to drive a lot, which has given me some time to reflect, and to listen to the mormon tabernacle choir. On one of their CDs there is a song that is probably called "Tis a gift."
It's pretty good. I really like a line from it that says: "Tis a simple gift to be.”

I'm so grateful that we all chose to come here on this earth to learn and be happy. Do you remember my farewell talk? (I know, probably not, haha) Anyway, I mentioned the promise in it that more happiness

awaited me on my mission than I had had before. I can honestly say that I have had tons of happiness. It's been awesome. Plus, I discovered a way to send you a picture! The webcam on this computer! haha.

One thing I've realized is that there are lots of missionaries that do a little too much enduring through their missions. I'm into enjoying it! People focus too much on the how happy they'll be in the future. I'm happy about that, but I'm also happy about now. Lots of missionaries sleep away half their missions too. haha. I figure, I have two years to learn as much as possible, and there's always something to do.


One really great thing is that we set a baptismal date with Nicola!!! He's such a stud. We met him on October 28th. I stopped him and started talking to him a little bit about prayer. In the end we got his phone number, and then the other day we set a baptismal date. It was sweet. I looked him straight in the eyes and asked him if he would be baptized by someone who holds the the authority to do it on December 4th. He said "Sì.” haha. It was sweet. Unfortunately we're going to have to change the date because the branch president can't be there for when we give the gift of the Holy Ghost on Sunday. We're still not sure if we'll do it a week before, or a week after. I think he can be ready for a week before.

I also have seen how much obedience brings blessings. My companion right now hasn't had any real success here in Gela his first two transfers here because he had two companions that were "dead" but now we're finding tons of people and things are going well. 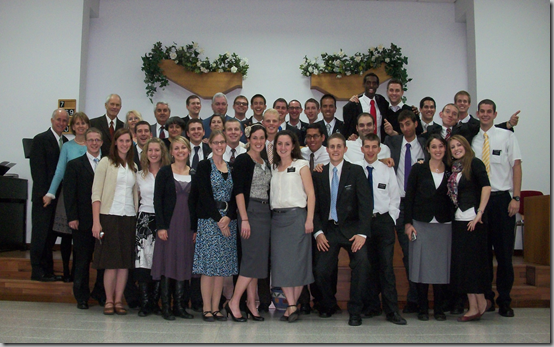 Here is a picture from our last zone conference. Someone forwarded it to me so I can actually send it to you guys! I’m in the middle in the very back. One cool thing is that our district is doing really well. It's only us and the sisters, but we're having the most success in the zone! haha. I have to admit though...the sisters baptize like crazy. We basically haven't had a baptism in Gela for five years. Nicola is solid though. We just need to find more people like that.

I'm starting to feel really good about this branch. Nicola will be a solid member, and we also have two more members that we got last week. One sister was reactivated, and one brother lives between us and Ragusa, so he got permission to switch to our Branch!! Then we have another sister that should be reactivated soon. This branch is going to double easily while I'm here. It was at five active members when I came, right now I would say it's at seven, but we'll reach ten for sure!

The only problem with all the success that everyone is having is that it means we have to do lots of driving. I already drive to Ragusa and back once a week, but this week three times! One extra to get baptismal clothes for Agrigento, and another to do a baptismal interview! It's crazy.
I think I'm becoming a better driver though...or maybe worse! haha. I'm getting good at driving in Italy. haha. Anziano Acerson is the driver in Agrigento and he's already had to do three repairs to the car! One was the mirror, another was he popped a tire on a curb, and then he also dented in some siding on a curb!!! haha. So far the only repair I've had was replacing the headlights and changing the oil. I really don't like Ford. It's just not a very good car in comparison to a Toyota.

Anyway, the highlight of this week was definitely Nicola. Right now we're looking to find someone else like him because we want to have more strong members.

Let me know if there's anything I can do for you from here. 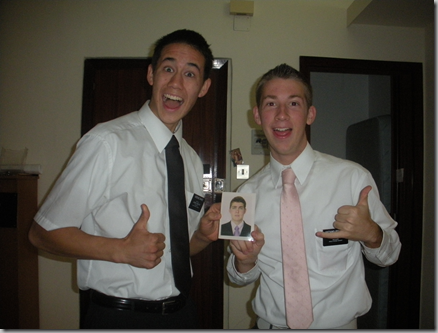 P.S. I'm sorry that I'm not able to get more photos to you all, but if you get the chance to send me some that would be much appreciated. Even just things that are normal. One thing I've realized is that we should all take more photos of everyday life because 30 years from now it will be interesting. Mom studying, Dad doing yard work, Lia sleeping, you know all the normal things you all do. ha ha ha.